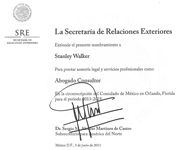 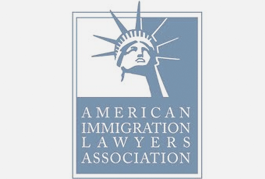 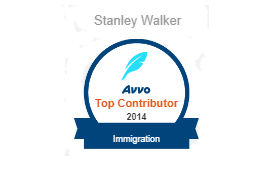 Southern Star Immigration is pleased to announce that attorney Al Sauline of Panama City, Florida has become “Of Counsel” to the firm.  As an attorney of counsel to Southern Star Immigration, Mr. Sauline will be working with the firm’s immigration clients from the Panama City area.  After receiving his law degree from The Ohio State University Moritz College of Law in 2004, Mr. Sauline worked as an Assistant State Attorney for the 14th Judicial Circuit of Florida, which serves Bay, Calhoun, Gulf, Holmes, Jackson and Washington Counties.  He then worked as an associate attorney with the law firm McConnaughhay, Duffy, Coonrod, Pope & Weaver, handling worker’s compensation cases for one of the largest worker’s compensation firms in all of Florida.  He now has his own firm in Panama City, focusing on criminal, family and immigration law.

Al lives in Panama City Beach and takes great pride in making our community a better place by volunteering for various local community organizations and charities.  Al served as President of the Bay County Bar Association in 2010, and has been elected 14th Circuit Representative to the Florida Bar Association Young Lawyer’s Division Board of Governors.  Al is a member of the Panama City Saint Andrew’s Inn of Court and serves as President of the Board of Directors for Catholic Charities of the Northwest Florida-Panama City Region.  Southern Star Immigration and Al Sauline look forward to working together to serve the needs of our diverse immigrant population in northwest Florida.